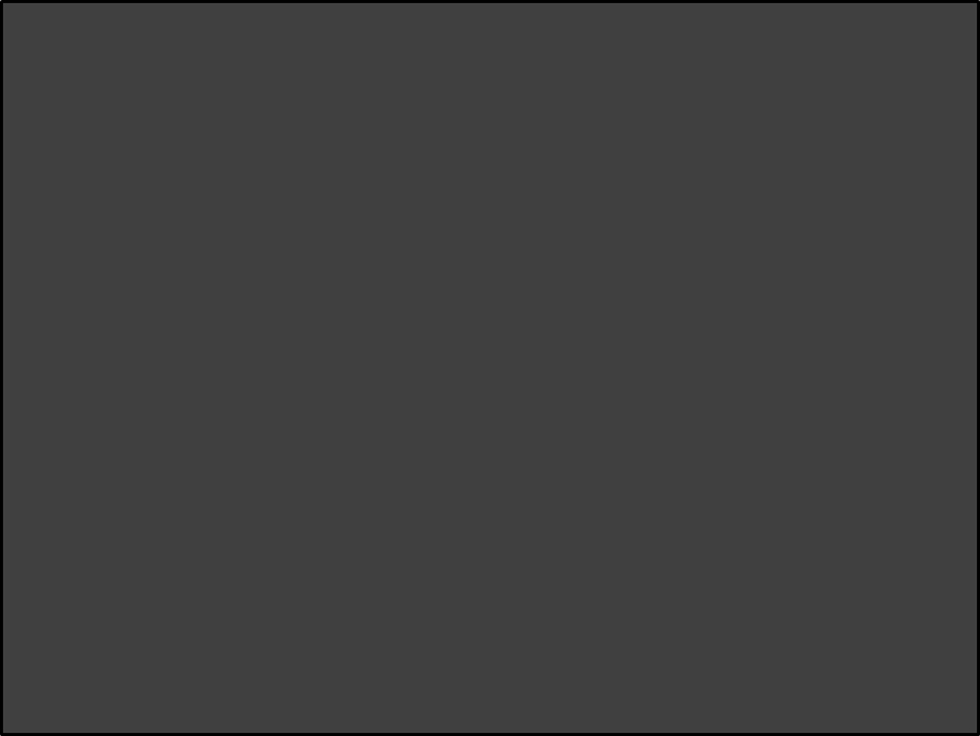 (All prices listed on this web site are for local pickup at our shop.)

NEW Eddy Merckx 525. (For Sale) This top of the line Eddy Merckx carbon fiber bike is custom built with Campagnolo Chorus 11 components. Bicycling Magazine calls the 525 “Uncompromising and very fast. Buy it if you want to win races and stand out.” This bike is Extra-Large. 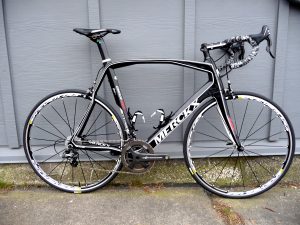 Jamis is an American family-owned company. The began importing European bikes into the U.S. in 1937 and built their first bike in 1979. They currently sell bikes throughout the U.S. and in 50 countries. 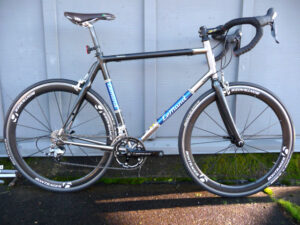 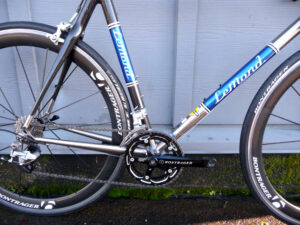 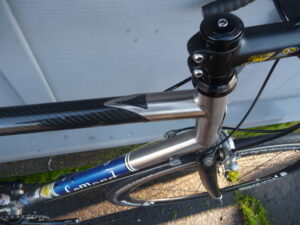 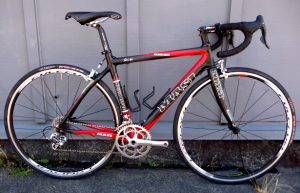 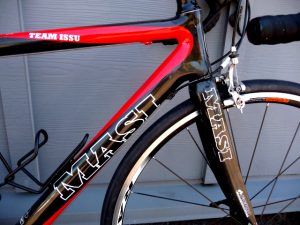 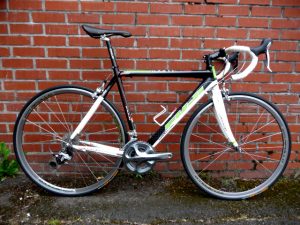 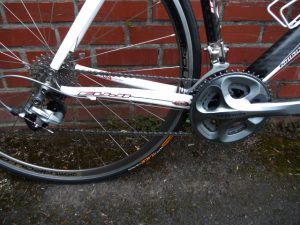 The 2019 Tour de France began with two stages in Belgium to honor the 50th Anniversary of Eddy Merckx’s first of five Tour victories. The AG2R La Mondiale team rides Eddy Merckx bikes, including the new StockEU  on the Pro Tour.

It’s always exciting to see a brand new model bike for the first time. Here is Glenn unpacking a 2109 Eddy Merckx 525 in Molteni orange. We are proud to have sold the first two 2019 525s in the US. 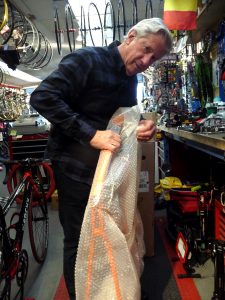 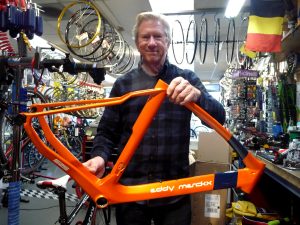 This 525 is gorgeous! Here are a few shots from our shop. This 525 is equipped with Ultegra Di2, Selle Italia SLR saddle, Fulcrum Racing Quattro carbon wheels and Vittoria Corsa tires. 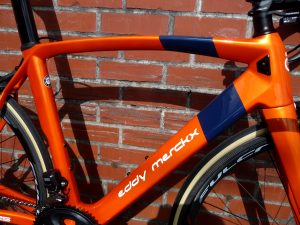 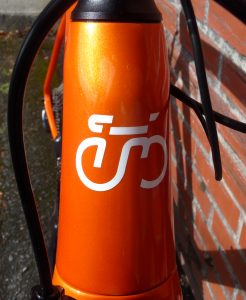 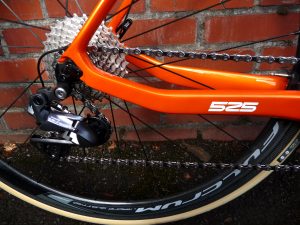 Burlingame Bikes Visits Eddy Merckx Headquarters in Belgium.
We closed the shop for a week just before Thanksgiving in 2016 to visit the Eddy Merckx headquarters. We have always been big fans of Eddy Merckx bikes. We feature several classic Merckx bikes and six different models of new Eddy Merckx bikes in our shop. We came home from Belgium even more impressed with the design, construction, quality control, and overall performance of the new bikes and the professionalism and forward thinking of the Eddy Merckx staff from the CEO on down.

Here are a few photos from the trip: 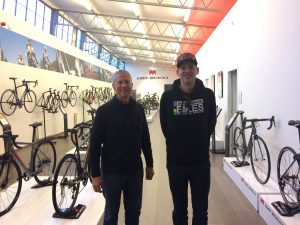 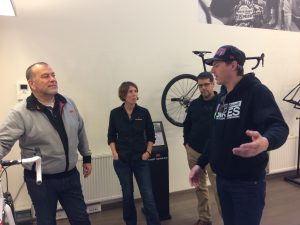 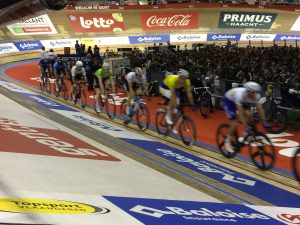 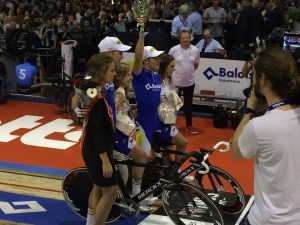 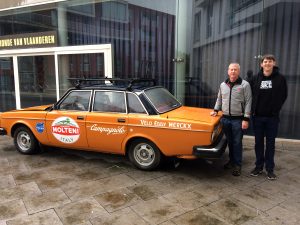 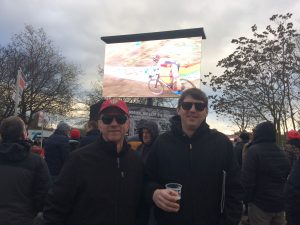 The Eddy Merckx Molteni team car at the Tour of Flanders museum and Marc and Glenn doing what most Belgians (and some Portlanders) do on a Saturday in November, standing in the mud on a cold, windy, rainy day drinking beer while watching Gran Prix cyclocross races. 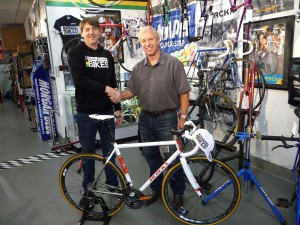 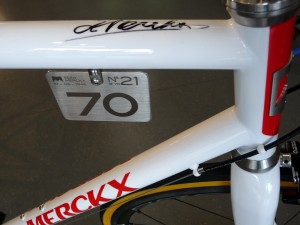 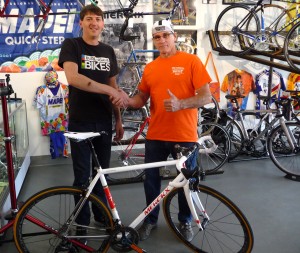 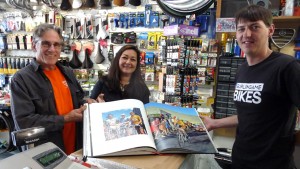 This very special bike was hand made at Eddy Merckx Cycles in Belgium. The frame is Columbus stainless steel painted in Faema team colors and signed by Eddy Merckx.

Components are Campagnolo Super Record and wheels are Campy Bora Ultra 35s, all with special Eddy 70 logos. Sorry, with only 70 having been produced, these special edition bikes are no longer available. 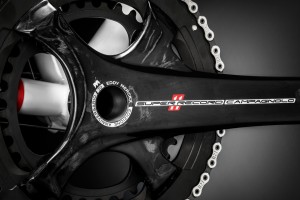 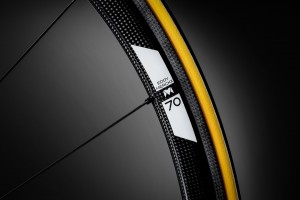